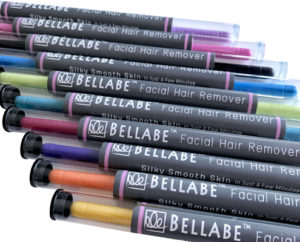 Between 2012 and 2016,  Bellabe was sold at the big box stores – Target, Walmart, Bed, Bath & Beyond, CVS Drugstores, Henri Bendel,  etc. But because of retail trend moving online, development in payment technology, and players like Amazon making online retail easier using one-tap purchases, we decided to bring our business back online entirely, and selling almost exclusively on Amazon only.